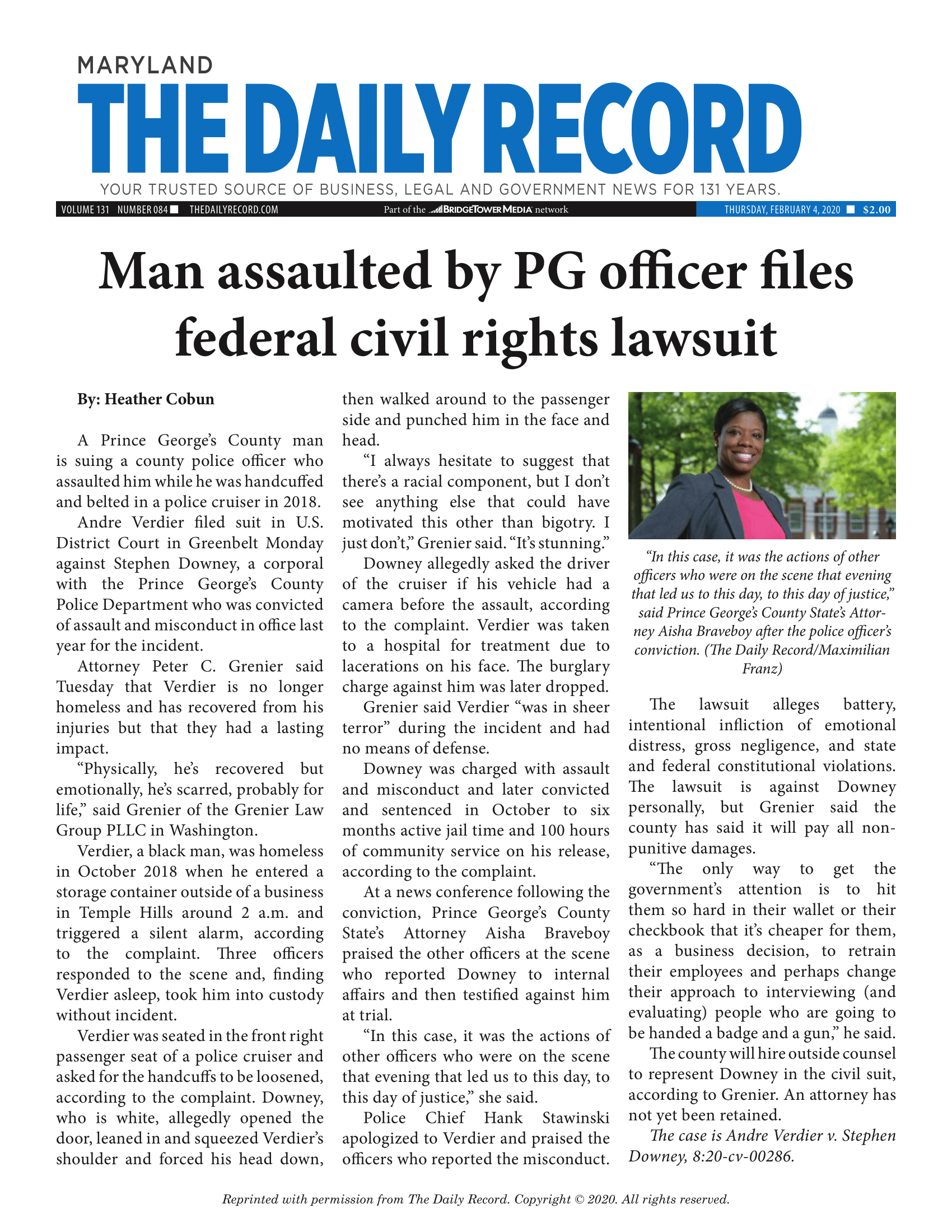 In October 2018, Andre Verdier, a black man, was brutally assaulted by white Prince George’s County police officer Stephen Downey. After peacefully being taken into custody for sleeping in a storage container outside a CVS pharmacy in Temple Hills, Maryland, Verdier sat defenseless in the passenger seat of a police cruiser, seat-belted with his hands cuffed behind his back. After confirming there were no dashcams in the cruiser, Downey donned a pair of black gloves, approached Verdier’s door, opened it, and began beating him on his head and face after he simply stated that his handcuffs felt too tight. According to GLG’s Peter Grenier, who represents Verdier, this was a revoltingly racially motivated attack. Not only did Verdier sustain severe physical injuries, but “emotionally, he’s scarred, probably for life,” said Grenier. Grenier has filed a federal civil rights lawsuit against Downey.

Downey was sentenced to eight years in prison, with all but six months suspended. He must also perform 100 hours of community service at a homeless shelter. GLG is intent on continuing to pursue justice for victims of police brutality and discrimination.