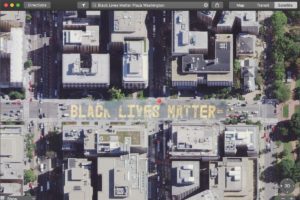 On June 9th, 2020, the United States Court of Appeals for the Fourth Circuit issued a crucial opinion dealing with police excessive force and qualified immunity. The case stemmed from the death of Wayne Jones, a homeless man in Martinsburg, West Virginia, who was stopped by police for walking in the street rather than on the sidewalk. After police stopped Jones, the interaction escalated quickly. Despite a request from Jones, police never told Jones why they stopped him. Instead, a total of five police officers responded to the scene to subdue Jones. During this process, Jones was tased four times, hit in the brachial plexus, kicked, and placed in a choke hold.

Jones’ Estate brought civil rights claims against the City of Martinsburg, West Virginia, and the involved police officers in connection with Jones’ death. The United Stated District Court for the Northern District of West Virginia threw out Jones’ Estate’s claims three separate times, most recently dismissing the claims on the basis that the involved officers were entitled to qualified immunity. Qualified immunity is a draconian legal principle that wrongly shields police officers who commit constitutional violations from civil liability when, based on clearly established law, the officers could reasonably believe that their actions were lawful.

In a rare move by the Fourth Circuit, the appeals court went beyond its usual application of law to fact and contextualized Jones’ death:

Having zoomed in on the precise moments before Jones’s death, we pull back for context. The defendants portray Jones as a fleeing, armed suspect, who was not cooperating with law enforcement and had even reportedly “hit” an officer, displacing that officer’s hat. Non-cooperation with law enforcement has never given officers carte blanche to use deadly force against a suspect; luckily for many of us, neither has being “armed” with a small knife. Jones was not an armed felon on the run, nor a fleeing suspect luring officers into a high-speed car chase. Jones was walking in the road next to the sidewalk, away from the dark shadows and blind corners of buildings at night. He was without housing and had a knife on his person. As a pedestrian, he should have been on the sidewalk, but Officer Lehman never told him that.

Instead, Officer Lehman quickly escalated the encounter. Lehman asked for identification, which Jones did not have. He asked if Jones had a weapon, to which Jones responded by asking what a weapon is. There are myriad reasons why he may have asked that, including that he simply did not know whether a knife would count. Perhaps Lehman might have suspected mental health challenges; recall that Jones was diagnosed with schizophrenia. In any event, when told that “weapon” includes a knife, Jones admitted he had “something.” Rather than follow the officer’s command to put his hands on the vehicle, Jones continued to ask what he had done wrong. So Lehman tased him.

Jones took off on foot, but quickly cornered himself in a bookstore stoop. What we see is a scared man who is confused about what he did wrong, and an officer that does nothing to alleviate that man’s fears. That is the broader context in which five officers took Jones’s life.

For the foregoing reasons, the district court erred by holding that the officers are protected by qualified immunity. In 2013, it was clearly established that law enforcement may not constitutionally use force against a secured, incapacitated person—let alone use deadly force against that person.

Wayne Jones was killed just over one year before the Ferguson, Missouri shooting of Michael Brown would once again draw national scrutiny to police shootings of black people in the United States. Seven years later, we are asked to decide whether it was clearly established that five officers could not shoot a man 22 times as he lay motionless on the ground. Although we recognize that our police officers are often asked to make split-second decisions, we expect them to do so with respect for the dignity and worth of black lives. Before the ink dried on this opinion, the FBI opened an investigation into yet another death of a black man at the hands of police, this time George Floyd in Minneapolis. This has to stop. To award qualified immunity at the summary judgment stage in this case would signal absolute immunity for fear-based use of deadly force, which we cannot accept.

While the Fourth Circuit’s opinion is certainly a step in the right direction, there is so much more work to do to overcome persistent and systematic use of excessive force by police in the United States. As it has done for years, GLG continues to seek justice for victims of police brutality, including those individuals who have been met with unnecessary violence while peacefully protesting for much needed change.